I have been in BMX 24 years and seen a huge change in the mentality of racers today. One of the main changes is the fact that everyone is now a professional, the next Olympian or making a career out of BMX (despite being 10 years old or amounted to nothing in the sport). Yes it’s amazing that BMX is now an Olympic sport and it is great to have dreams and ambitions. I’m not s
aying don’t dream big, but also be realistic!

I blame this new era of social media; Facebook, Twitter & Instagram (All of which you can follow BMXHype on) have a huge part to play in the change of how BMXers see themselves today! They can write to their ‘fans’ talking about a new big deal they have just signed or how training is going well despite doing two sprint sessions over the winter. How many out there write they are currently training whilst sitting back on their sofa watching TV or playing their consoles. Guess when the gate drops at round 1 let’s hope all that hype has got into their competitors head.

Saying that a lot of riders in the UK have stepped up their game and a lot more riders are now training hard. When I was young BMX racing was about raw talent but we didn’t have the access to training that riders do nowadays. There is more BMX coaches out there, a qualification in BMX that is BC accredited and of course the Internet with a fountain of training programmes and advice ready for you just one click away. This has shown as we have more and more riders in the UK making mains abroad and even some W1 and E1 plates floating about in the past few years. Just remember these W & E plates only go up to 8. 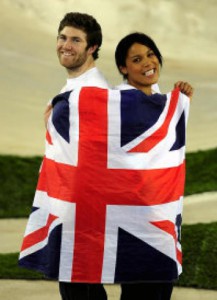 However, we have to remember GB has only ever had two Olympians in BMX and only a few riders “living” from the sport. I say living as most of the riders wouldn’t be able to retire as wealthy as other athletes in the UK. Is this because BMX Racing hasn’t had the input from the media as other sports have resulting in rocketing wages, guess we will find out in the future, just be sure to have a back up plan if the dream doesn’t come true.

But again if we don’t dream and follow that dream who’s to say you could/couldn’t have made it if you tried. Who’d have thought Darts would be a sport that players can earn millions of pounds out of being overweight. It only takes one change, one person to inject a bit of money, a new angle and the whole sport could change massively.

All I say is BMX mentality has changed today. Everyone has a sponsor and we all know it as we see riders saying thank you for all the support over social media despite having to pay for all their kit, bike and received no help what so ever from the team. A sponsor for me is more about the support and the progression of the rider. This comes in the form of advice from someone who knows about racing, pro rider within the team or just a training camp ;).

Yes train hard, yes have that determination to win just don’t hype yourself up too much! Remember the key thing in BMX is to enjoy it. Don’t make your hobby a job just yet, we don’t. 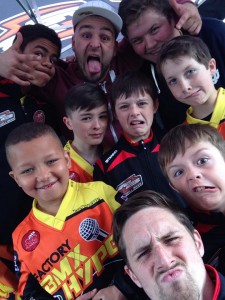 I still do love BMX.