Do you want to be involved? Email us at bmxhype@hotmail.com

The Hype 200 ride is back! We last did the hype ride in 2013 and it was a huge success raising over £2500 for Stay Strong & Cancer Research. This year in September we will be completing the ride again to raise money solely for Stephen Murray.

Why we are doing it?

Stephen as we know suffered a catastrophic crash in 2007 during a competition which left him paralyzed from the neck down.

We spoke to Jeff, Stephen’s Dad and this is what he had to say about Stephen’s current situation.

“At present, Stephen has a power chair which is now over 5 years old and this has developed a number of problems causing him major discomfort. The actual seat itself was made after a mould of Stephen’s buttocks was taken, designed so that his coccyx did not rest on the seat, alleviating skin pressure sores. This no longer fits and needs replacing.

A mould was also taken of Stephen’s back and sides so that a tailor made backrest could be made which allows him to be kept in place and not rolling about. This no longer fits and must be replaced.

At present Stephen is only allowed to be in his chair for a maximum of 2 hours otherwise serious skin sores/injuries occur. This means that Stephen is spending huge amounts of time in his bed and that is simply no good for him. His present wheelchair has now reached the end of its life and needs to be replaced. 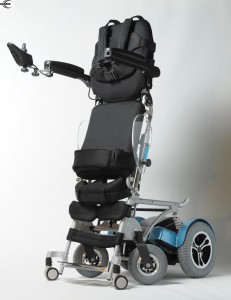 Stephen’s spinal cord injury specialist is currently negotiating with Stephen’s private health insurers for a replacement wheelchair. The chair which will be best for Stephen is a standing power chair. Stephen has spent the last 8 years in a regular power chair and has had to get used to being looked down on both physically and psychologically, not very nice really . A new standing power chair will allow Stephen to vary his position from lying flat in order to rest and nap, adopt a sitting position and a huge benefit of being able to put himself into a full standing position.

This will allow all 6 feet 1 of him to look people in the eye and interact with them rather than be looked down on, giving him more confidence, more assertive and become more involved.

When standing Stephen will benefit physically in many ways, his thoracic cage will be extended, chest wall and diaphragm in a better position to contract and extend, his lung capacity and oxygen intake will improve, his brain and organs will receive more and blood and body fluids will flow much better.

Stephen will be able to think, speak and breathe more easily, eat and drink easier, swallow easier, digest and allow food to rest in his stomach  better. Muscle tone and circulation will improve, less risk of swollen ankles, leg ulcers and skin pressure sores. His weight bearing through the hips, legs, ankles and feet, allows the stretching and exercising of his muscles and distributes his weight so much better. Urinary health, less infections, bowel function improves. Less fatigue, reduction in spasticity, better muscle relaxation and very importantly, his bone density will improve.

Lots of reasons why the Murray family want Stephen to have this new standing power chair.

Hopefully Stephen’s private health insurers will provide a large sum of money towards it and we will be looking to raise funds for the balance which may be in the region of ￡15,000. 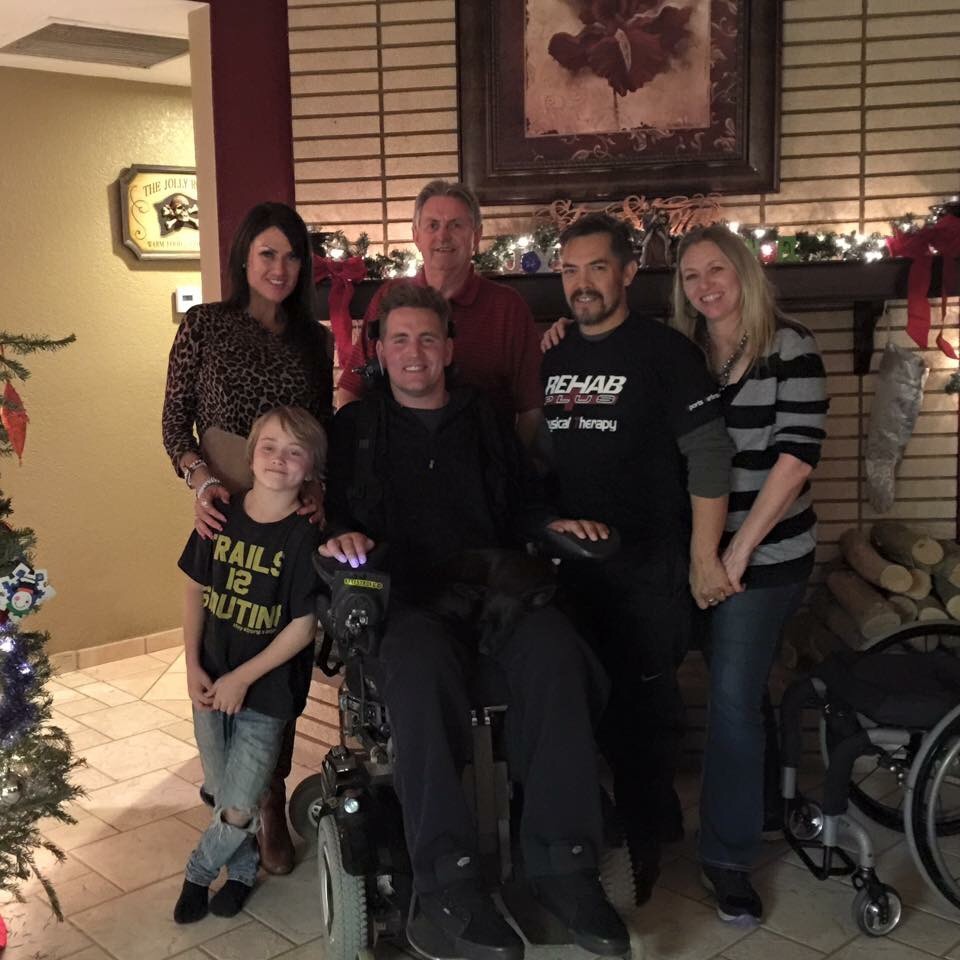 We are hoping that Stephen can be in possession of this new chair by the end of September this year.

As mentioned earlier the Hype 200 began in 2013. It was called the Hype 200 as that’s how many miles we intended to travel on our road bikes. Didn’t quite work that way as we ended up doing 213 miles after getting slightly lost.

We visited 8 BMX tracks and completed one lap of each on our road bikes over the two days. We began at Derby which was going to be our last lap. We headed to Crewe, Manchester outdoor and Indoor on day 1. Day 2 saw us ride over the peaks to Sheffield then down to Chesterfield, Mansfield, Nottingham before finishing back at Derby BMX track.

It was a great laugh with great company and we can’t wait to do it again.

There are three ways you can get involved this year.

You can head to our PayPal.com and donate money to HypeCharity@hotmail.com

Put some money into the buckets that will be at the clubs that we are visiting.

Donate at Birmingham National or the British Champs when the bucket comes out between racing.