The midlands champs is some months away and probably not something you’ll be thinking about just yet with the National Series imminent. However, for the Leicester Huncote Hornet this is something they are thinking about and will be all the way up to race day! They will be hosting the event in September this year. Not only is it the pressure of holding a event for first time they are yet to have a full size BMX track, this isn’t phasing them though as they have more experience behind the scenes than most people know.

Current chairman is Yan Freakley, for those who know the name and have been in the game long enough this is father of former elite rider Dan Freakley. Along with Yan comes a great team and set of young prosperous riders at the club.

With working starting in April this will leave plenty of time for you to get practice in before the event. Along with the new 8 man track the current 4-man track will remain which is great for beginners. It doesn’t stop there as they’re plans to install a 2-man gate followed by a 100m Tarmac sprint straight as well as piping under the track to install floodlights at a later date.

There is a hell of a lot of potential on the site and the club is looking to be the next Hawks, Preston and Peckham who have all built a new track in the past and began a thriving club that has gone onto doing great things.

It doesn’t stop there though as the Pavilion/Leisure Centre also on the site is about to get an upgrade. Bar and Cafe soon to be installed which sorts the parents out as well. With plenty of space this could be a venue for the future and bigger events but time will tell.

The track has been designed but is subject to some tweaking as club riders sit down in the near future along with the club to discuss what they would like to see on their new home track. But we have been supplied with the following drawing. Like it? If you do make sure this is a track you session come the summer time. 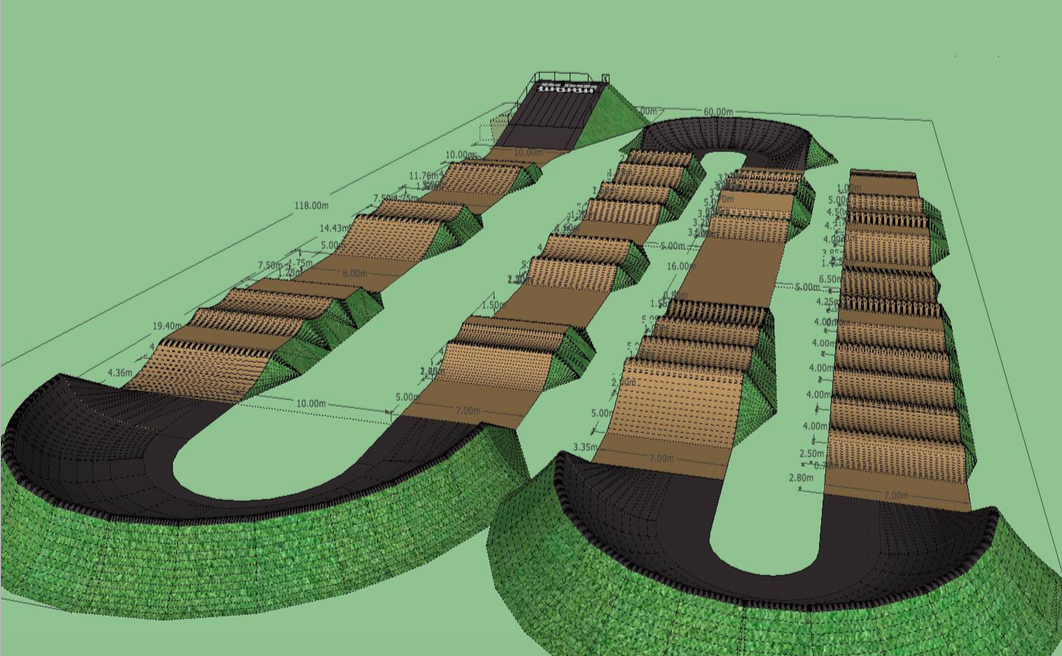